Based on the results of the Central Armed Police Forces (Assistant Commandants) Examination, 2018 held by UNION PUBLIC SERVICE COMMISSION on 12th August, 2018 and the interviews for Personality Test held from 24thJune to 24th July 2019, the following is the list, in order of merit, of candidates who have been recommended for appointment to the posts of Assistant Commandants (Group A) in the Central Armed Police Forces viz. Border Security Force (BSF), Central Reserve Police Force (CRPF), Central Industrial Security Force (CISF), Indo-Tibetan Border Police (ITBP) and Sashastra Seema Bal (SSB). 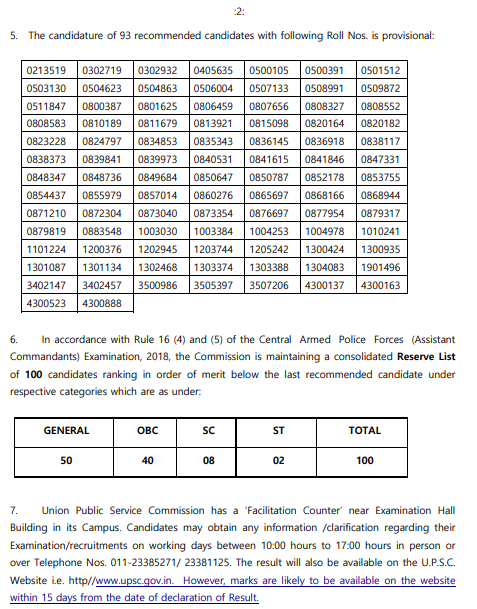